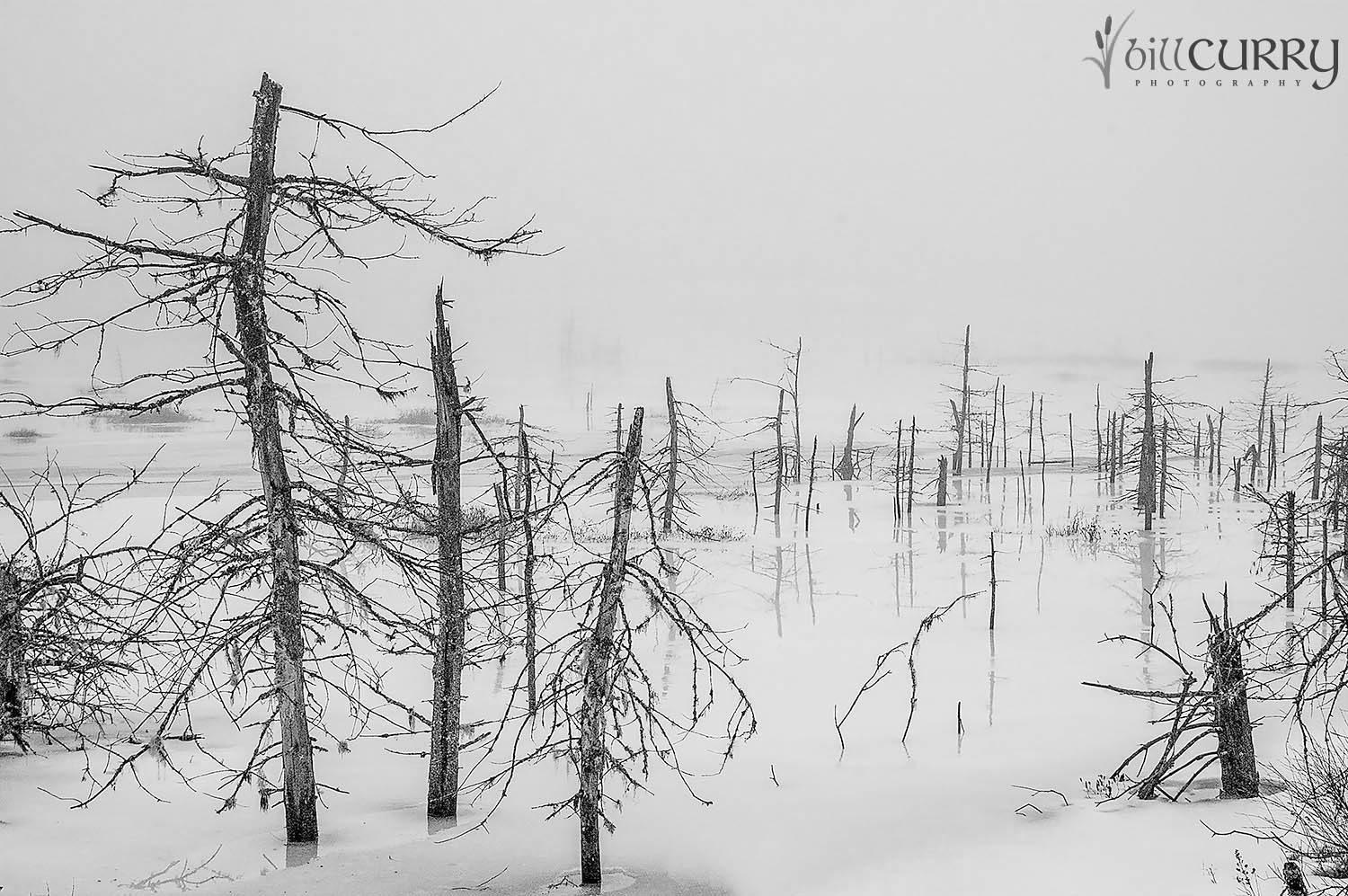 
Reinterpretation
Last winter I got to see a photographic display of cousin Ansel Adams’ work in Boston, Massachusetts. I had seen some of Adams’ work printed before, but only a few images, where this display had dozens of his photographs. I also learned something that I could see for myself and not just read about.
Ansel Adams was a master in the darkroom. He could make images shift dramatically by doing things like dodging and burning, which makes specific areas of an image lighter or darker. What I saw in Boston was that over a period of many years, he would print an image, and then reinterpret it in subsequent printings – changing the emphasis and look of the image, sometimes dramatically.
Today, we don’t need a darkroom to do the same thing. Although I learned in a darkroom environment with a film camera, I am now very comfortable using a digital darkroom – meaning my computer and software. I don’t like to play with images too much on a computer, as I like things to look the way I saw them, but thinking about Ansel’s technique got me playing specifically with images that I took in colour, but could reinterpret in black and white.
The first of these images I did a couple of weeks ago, and in homage to cousin Ansel, I used an image that is almost exactly a decade old. I stripped the colour from the image and then played just a bit with some digital dodging and burning to emphasize the contrast in certain areas. The image you see today is this photo – taken in 2009, but reprinted last week using the new interpretation – complete with a change in paper (I printed it on metallic gloss instead of my normal matte paper) and a change in the ink profile I used, which I calculate by hand. I also printed it much bigger than my normal 11x15 inch prints to show off the picture better. This is where printing all my work myself gives me a different perspective and a different final artwork than many photographers, as being so intimately involved in the final piece you see makes the image presented truly unique.
The image – Wallbrook Winter – is one of two pieces I have in the Yarmouth Art Society’s Winter Show, now on display in the Yarmouth County Museum and Archives – beginning with the opening tonight from 6 to 8 pm!
Why not come on down and see the image for yourself? Then you can tell me if you like the new interpretation better than the old.

Welcome to Bill Curry's Blog.
This website will showcase the photography and writing of Bill Curry, a Conservation Photographer and Outdoor Writer who lives in Port Maitland, Nova Scotia, Canada. Bill's work has been published widely and featured in places like the New York Times, the Boston Herald, Field and Stream, Canadian Fly Fisher, Saltscapes and many other magazines and newspapers and his fine art prints have been in shows in Canada, the US and in Europe and are held by collectors, both public and private around the globe. The pages on this blog will give people access to Bill's latest work, and will hopefully give people inspiration as the viewers are exposed to Bill's images and writing, and the thinking he goes through to produce his work.
To learn more about Bill's photography, please click on the link below. Bill hopes you enjoy the blog, and he welcomes comments, critiques and questions which you can send to him by clicking the e-mail link below. Work will be updated regularly, so check back often to see what Bill has been up to!